We have been very busy in the last few months, with a team at Embsay working on the autocoach, and another team at Loughborough working on the mechanical parts of the autocar.

The powerunit was run for the first time on April 15th and performed well, with the only issue arising being the time taken to prime the fuel system. The chassis has now been strengthened and had assorted parts (such as fuel tanks and battery boxes) attached. The engine housing has had a trial fitting on the chassis. After a lot of work, the chassis has been moved to the Great Central Railway and is waiting for space in the shed to allow the fitting of brake parts and controls.

Unfortunately, extra work has been needed to deal with issues as they arose and this has cost extra money. Our original budget and grant applications did not allow for these, as we did not know of the potential need. Our estimate is that the project needs an extra £50,000 to complete (around 10% of our original budget). A more detailed report is in issue 23 of the newsletter.  Therefore, we have re-opened our fund-raising campaign.

The Trust has been registered on E-Bay as a charity – if you sell items, you may donate a percentage of the sale price to the Trust – we are known as “NER 1903 Electric Autocar Trust” – ebay.co.uk/egw/ebay-for-charity/charity-profile/?NP_ID=68471 .

Meanwhile, the autocoach is looking very smart, in dark maroon gloss paint. Almost all of the doors have been rehung, internal partitions replaced and we’re expecting the seating within a few days. We have quite a number of parts (such as handles and doorlocks) still to fit, but nearly all of these have arrived.As well as asking for any financial help you can give, if you have some craft/DIY skills and spare time, we would welcome your help with practical restoration work. There are also ‘vacancies’ for less active roles – we can always use people who can help with fundraising, research and other ‘backroom’ tasks. 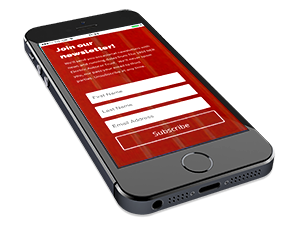